Oscar Dabrowski received his MSc degree in Computer Science in 2017 from University of Geneva. His MSc thesis
was about “Fine-grained identification of pharmaceutical products based on local descriptors“ . 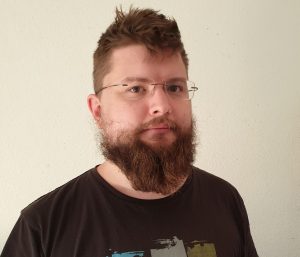 He received his BSc degree (with an “Engineer” title) in Information Technology Engineering, with a major in “Software and Complex Systems” from HES-SO (Haute École Spécialisée de Suisse Occidentale) in 2013.

In 2017, in parallel with his MSc, he has been working as a part-time researcher at the Stochastic Information Processing (SIP) group of the University of Geneva.

As part of the LSDS group, he is starting a PhD related to characterization and classification of contrast-enhanced ultrasonic images (CEUS). He is also a research and teaching assistant at HES-SO hepia.