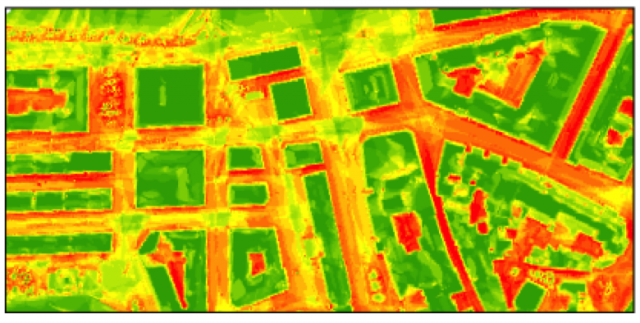 The goal of iCeBOUND is to design and develop a Decision Support System (DSS) that leverages 3D digital urban data to facilitate environmental analyses in cities. This project aims at (i) providing innovative tools for analyzing fine-grained satellite images, and (ii) providing decision makers with relevant indicators for city planning and energy management. Two use cases will be considered in the scope of this project, and more applications may later be added to the core system.

The first use case, “Solar Energy Potential”, consists in evaluating the potential of house and building roofs located in urban areas for producing solar energy (both thermal and photovoltaic). This study will not only assess the static solar potential, but also the dynamic solar potential (known as “dynamic solar mapping”), which captures how the solar energy potential evolves over time in a given place. A key goal here is to provide decision makers with a practical tool to assess the potential of exploiting solar power at the scale of a neighborhood or a city.

The second use case, “Satellite Visibility”, focuses on quantifying the quality of topographical measurements based on satellite signals. Initially, the Global Navigation Satellite System to be used in this project is the American GPS. Galileo, its European counterpart, is currently under deployment. If Galileo satellite data becomes readily available in the course of the iCeBOUND project, this satellite visibility analysis may encompass both GPS and Galileo.

The signal processing algorithms to be developed for processing 3D digital urban data are expected to be both CPU and memory hungry. In addition, cloud storage requirements may vary considerably depending on the algorithms that are eventually selected. For these two reasons, it was decided to deploy this system in the Cloud. The cloud architecture will be hybrid: a public cloud service will be used as an extension to a private cloud infrastructure currently owned by project stakeholders.

iCeBOUND is funded by CTI.