IoT and Edge For wateR Management 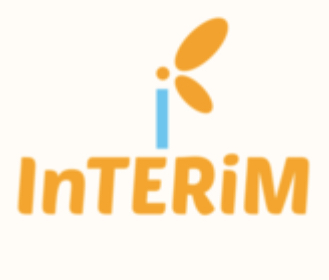 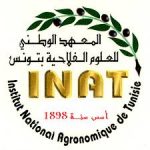 The InTERiM project is the crossing of two projects, one in Switzerland, the other in Tunisia:

Pushed by the fast evolution of smart cities and industry 4.0, the need to make the edge smarter is inescapable. Current IoT platforms tend to centralize intelligence in the cloud. This model is doomed to fail. A new model, combining edge and cloud, is required. The aim of this project is to implement a platform for creating intelligent IoT applications and deploying them on a shareable backbone infrastructure composed of three layers: IoT objects, edge devices and cloud infrastructure. The project will deliver machine learning models (MLM) learned in the cloud over data streams collected by the edge, from IoT devices. Two main functionalities will be targeted:

The project will deliver an Intelligence as a Service (InaaS) architecture enabling stakeholders to decrease the Total Cost Ownership of IoT applications. Several markets will be targeted: Smart City, energy, environment, etc.

InaaS will also be used to deploy “basic services” used by end user IoT applications. One of these services is the “trust score” calculation: IoT devices are often subject to misbehaviour resulting from the poor quality/performance of devices or from external disturbances (e.g. wear, weather conditions, cyber or physical-attacks, physical obstructions, etc.). InaaS will be used to design and develop a generic trust tool used by IoT applications to assess trust rates of low cost IoT devices. The framework assesses the “trustworthiness” of data retrieved from IoT devices, in order to deduce their reliability. The trust score assigned to a data (received from a given IoT device) is used to make necessary “arrangements”: isolate the IoT device, fix the problem, etc.

In Tunisia we observe a Mediterranean-type zone in the north and a sub-Saharan-type zone in the south. The water resources are rather complex and are characterized by a diversity of water resources used: surface water, groundwater, and treatment wastewater. These resources are mainly used for irrigation and, to a lesser degree, for the drinking water supply in rural areas of the region. The use of these resources is provided by a complex hydraulic network consisting of pumping stations,  storage tanks, transfer and distribution canals and pipelines.

In order to guarantee an optimal exploitation of the resources and to ensure water distribution to diverse agriculture sectors, the goal of the PNRI project is to deploy four types of sensors to measure water level in canals, pressure in pipes, soil humidity and climatic data. A LoRa IoT network is used to collect measured data. These data will be used to feed a water consumption predictive model.

The PNRI project choose the Mornag watershed as a living laboratory. This watershed covers about 400 hectares and comprises the majority of water resources in the “El Hma” basin, deep and semi-deep aquifers, the Medjerda canal and various watercourses.

The innovation brought about by this project lies mainly in the following aspects:

Since the PNRI IoT devices to deploy are low cost, a trust tool must be set up in order to detect low performance data collected from misbehaving sensors.

InTERiM will use the PNRI IoT devices and the IoT infrastructure that will be designed and deployed within the Tunisian PNRI project to setup a proof of concept (PoC) to the Swiss project: Design of a Trust tool to assess the integrity of the IoT devices deployed within the PNRI project. This tool will be based on a Machine Learning techniques deployed on edge devices (resource constrained devices).  InTERiM will expand the use of InaaS (the Swiss project) to another market: Smart Agriculture.